Infinix Hot 6X Specs, proves it to be on slightly higher side referencing its lineage from the Hot series up to Hot 6 and Hot 6 Pro. Hot 6X joins the likes of Apples’ iPhone X to mimic the top notch design with its stylish cut-out that releases more screen power and giving it the big boys kind of look!

This new entry in the Hot series seem to be appealing to slim and thinning ideology which its dimension signals as the specs reveals though not affecting the display size but rather enlarging it with a more screen to body ration at 6.2″. Before digging deeper lets take a look at quick key specs below. 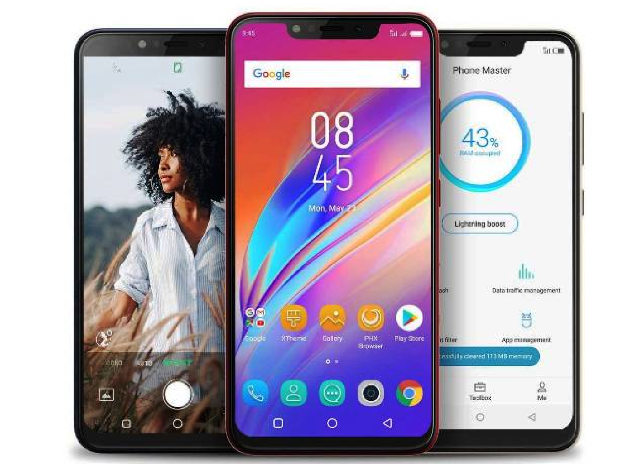 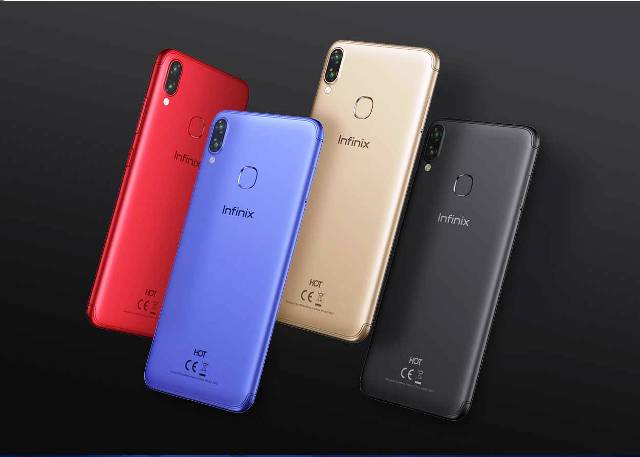 At a glance, you can not but notice the captivating notch type screen management and control cut-out at the top of the device which is established in flagship smartphones from the iPhone family and a few others! Hot 6X adopts the same slimness and thinness measuring a dimension of 157×75.4×7.99mm like the Hot 6, 19.9 infinity display, a 500nit high brightnes and 1500.1 contrast ration.

Furthermore, its rounded four-corner curvatures reveals its elegance and hold-ability and that feel of comfort due to its lesser weight. Its screen to body ratio is set at 87% clear.

Infinix Hot  6x emerge with a slightly expanded full HD+ 6.2″ size display with an improved screen resolution of 1500 x 720 which means crystal clear display should be better on this one a step further.

Behind the cover of this phone is an enclosed non-removable Li-ion 4000mAh battery which supplies all the power backup required to run the Hot 6X so you won’t need to worry about running out of charge.  The battery is can last up to two days on usage and even in to the next depending on your usage pattern and some real factors that affects battery life! The battery can be charged to its full within an hour depending on the charger state and  AC/DC supply.

Still on the infinix hot 6x specs, coming to the camera side, Hot 6 X is established with a dual 13+2MP rear cameras and an 8MP selfie camera that does well while it tries to capture memorable moments of your days.  The camera supports the fast focus PDAF. With Hot 6x, you can capture images in motion and try to focus later with the right adjustment as you please as it gives you “refocus option”. Its picture quality even in low light situations point to the fact that it is well fortified with a quality aperture that takes in the light that bright out the natures’ effects!

At the core of Infinix Hot 6X is a Qualcomm Snapdragon SDM 425 chipset clocking at 1.4GHz 64bit which suggest that a user should expect a higher processing and call back speed and reliability on the part of  the processor whether during a tasking gaming activity or streaming on the web or something in the line!

A 2/3GB RAM and 16/32GB ROM got established in this device thereby offering duo variant to choose which also means that the lesser specs of the variant will cost less in terms of price. However, there is the sD card slot to expand whenever you desire to do so in the future just in case the  need arises.

Other features includes the rear fingerprint scanner for swift access to your phone, the face ID that quickly process your face in a moment so as to grant you access without hitches thereby customizing your phone to you.

It also support the 4G LTE network, which means with a 4G SIM you will be able to enjoy making calls or brows faster and smarter with a 4G data plan. Infinix hot 6x specs makes it appealing for a considerable bargain.