Infinix Hot 7Pro Price And Full Specs Review is worth giving some attention for anyone planning on embracing the luxury of the infinix breeds of phones which has got a wide range of acceptance globally.

This new release has got a grip on the variant Infinix Hot 7 with its similar but improved features. Some of these features were adopted by other earlier siblings like the Infinix Hot 6Pro, Hot 6X etc… which are all great phones to consider. On Infinix Hot 7Pro Price And Full Specs Review, here are some quick key specs highlights: 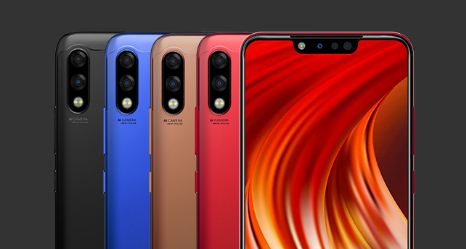 Infinix Hot 7Pro explored the visual design of its Hot 7 sibling and the  outlook of its Hot 6X predecessor reviewed by holding tight still to the almost bezel less design; though at the base, it appears to maintain some which is kind of fancy! The top notch is still visible here and this all combines to give it a larger screen to body ratio in connection with architectural dimension measuring 157×75.7x8mm in height, width and thinness which means its still handy and suited for the ladies though the guys might prefer it most for the almost unnoticeable increase in width and thinness. Its curvatures and trending vertical combo camera design and placement are well preconceived but not a rare feature though.

The screen display size maintains the traditional improvement of 6.2 inch IPS LCD capacitative touchscreen with the resolution put at 720×1500, which is okay for any kind of visuals but not the best still! 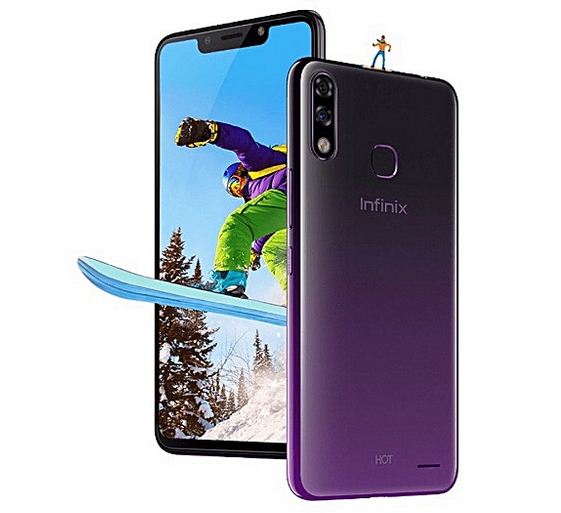 With the non-re movable Li-ion battery specs of 4000mAh, which is a match for the operational requirements, you are sure to meet the days task from social media engagements, photography, heavy  gaming, playing your Mp3s or streaming whatever! You are covered on the power side with the considerable conventional charging way with no promise of a fast charge for the emergencies of life!

The Infinix Hot 7Pro does pretty well on the camera aspect as it favors a dual rear 13 Mega Pixels camera with f/2.0 aperture, and a second 2Mega Pixels depth sensor camera with single flash which is something very commendable when it comes to taking quality photography. On the selfie side is an 8Mega Pixels front facing camera for breathtaking selfies with an established flash to take care of dark situation all the way!
On top of this, is the extra features like the bokeh effects, the PDAF motion pictures.

At the heart of this device is the popular Mediated MT6580 chipset. The CPU clocks at 1.3GHz which should have been more for speed anyway.
It runs on Android OS version 8.1 nicknamed “Oreo” which is safe to withstand android system apps optimization “wahala” with the out of the box XOS 4.1 Honeybee Skin integration.
A judicious inbuilt storage of 32GB ROM/2GB RAM and 16GB/1GB for the other varriant has been defined and is expandable up to 128GB.

Though it is disappointing that it doesn’t support 4G network or browsing experience, it has most of the nice features like FM Radio, Flash LED light, fingerprints scanner, face unlock WiFi, Hotspot, GPS Bluetooth, OTG etc.