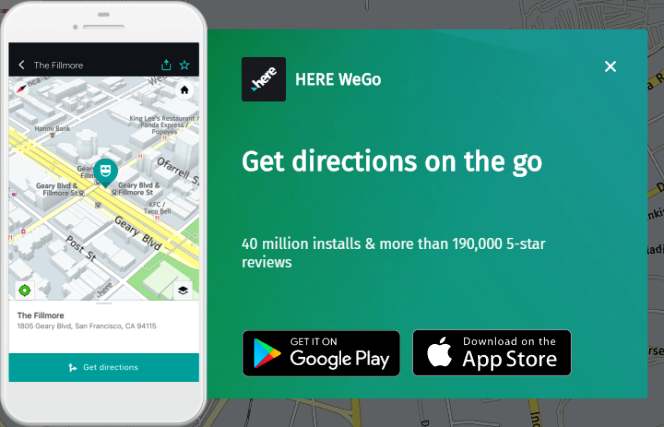 The newly launched Huawei’s “Here WeGo Map” on the Huawei’s AppGallery listing is a navigation app that is thought to be a perfect match and replacement for the novel Google Map App downloadable from the Google’s Play Store.

Huawei have had tough times since last year which had forced the company into local sourcing of both hard and software components for their line of Smartphone production which they depended on other software companies for, one of which is the Google services on Play Store for their android phones.

The Here WeGo Maps was originally known as ‘Here Maps’ as developed and named by Nokia way back in 2012 and then ‘Here WeGo’ in 2016 with focus on navigation and public transit information utility services. At the time of this publication, it is used in over 100 countries across over 1,300 cities with 40M installation and a 190,000 5 star rating.

With the Huawei’s “Here we go” you would be able to do the same things you do with the Google’s own Map. Here WeGo also shows location, time, distance from point A to B whether by walking, motor cycling, car driving etc.

Additionally, it is interesting to know that this Navigation App works both online and offline when there is no data connection. It is available on the web format for PCs and the Mobile platform as android app. You will be able to download The Huawei’s “Here WeGo Map” app from the Apple Store, the Google Play Store, and on the Here WeGo platforms.

There are many apps in other stores that perform similar functions as said here, however it is important to note that some apps are way advance and notable than others given the companies or developers involved. The Huawei’s listing of this app is a sign of her commitment to have the best in the collection of useful app.

Like the Google Protect in the Play Store, you would also find out that the AppGallery features an active four-layer detection mechanism to ensure that apps found on the AppGallery are safe for use.